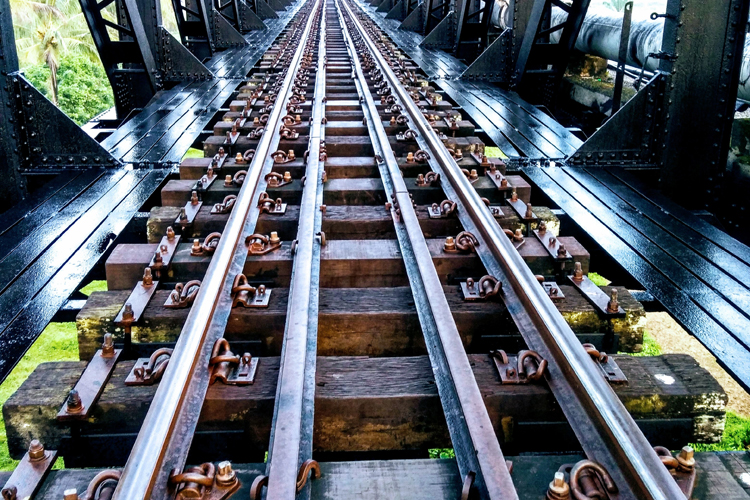 Why We Support the Rails to Trails Conservancy

Having worked on railroads for several years, our team at R&S Track have seen firsthand the removal or conversion of railroad systems. During this time we’ve come to see how quickly these accolades can be buried under gentrification. Whether you’re a Midwest railroad contractor or just a fan of trains or the history of this great nation, the loss of these artifacts can be devastating.

When we first heard about the Rails to Trails conservancy, there was a buzz around the office as excitement spread that one could ride along these old tracks. It also brought a collective sigh of relief, as many of our older staff who recognize the historical relevance of some of these old rails knew that they would be preserved appropriately.

Here are some reasons as to why we support the Rails to Trails conservancy.

Whether it’s a BMX, mountain bike, road bike, or just a cruiser, almost everybody has had a bicycle at some point in their life. They’re usually the first vehicle we become acquainted with, and it teaches us the importance of physical balance. Being able to ride a bicycle as a child also granted you a sense of autonomy among your neighborhood and community, and helped facilitate camaraderie among other children with bikes. These last two points are what we believe the Rails to Trails conservancy is able to provide both children and adults across America: autonomy and camaraderie.

“United we stand, divided we fall” is the age old saying which alludes to the very independent nature of being a human. Whether we explicitly crave it, or find other ways to attain it, we want to prove to ourselves (and often others) that we are capable of doing things on our own. While some cultures still have pilgrimages, the modern Western people prefer carving their own path across the many ancient routes that made our world. Whether it’s the El Camino de Santiago of Spain, or the Te Araroa trail of Aotearoa (New Zealand), we love walking or cycling long distances on our lonesome.

Although we recognize that while these great trails in other countries offer a unique experience, we believe having access to something similar in our own country can only be empowering for American citizens.

During these experiences of great solitude, we will often find ourselves bumping into or moving alongside like-minded people with similar desires. It’s in these vulnerable moments that we can truly connect with others, despite all differences that may seem to separate us. These connections can remind people of their place in the universe, and help forge new bonds which link us together as a family.

The Rails to Trails conservancy would provide opportunities for all kinds of people to meet on the path to a similar goal, and to connect through their mission and purpose.

According to our Midwest railroad contractor who’s “seen it all” :the endless railroads spread across America can be likened to the capillary veins which are spread throughout our bodies. This is true in both a visual and metaphorical sense, as without those great veins America wouldn’t have grown into what it is today. While much effort has been put into recording videos, documentaries, and film-adaptations of much of America’s history, there’s nothing like physically visiting the place and seeing relevant artifacts in person.

The most interesting element of the Rails to Trails conservancy is the fact that they’re not just keeping old rails, but actively converting them into walkable and cyclable paths. This is achieved while still ensuring that historical structures such as bridges and buildings are restored. This conversion may be the strongest point for the Rails to Trails conservancy, as it protects while still generating practical use out of these historical sites. This also works as “proof of concept” for similar ideas across America where investment can turn that unusable history into a practical present phenomena.

How R&S Track Can Help

Not only are we happy to support the Rails to Trails conservancy, we’re also acutely aware of how the services provided by our contractors can help. If you’re looking for Midwest railroad contractor for track inspections, surveying, project design, or track rehabilitation, contact us today. We provide a range of services which can help to facilitate parts of the Rails to Trails conversion process on your railroad.