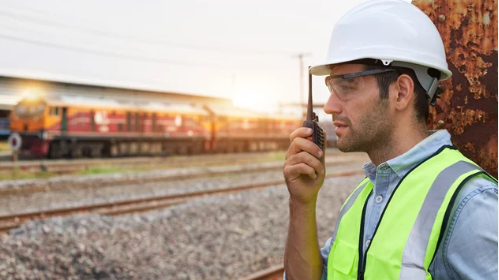 In 2016, a train carrying oil through the Pacific Northwest derailed due to broken bolts on a curved section of track. A simple rail inspection could have prevented such a terrible disaster.

No one was hurt, but the resulting fire — which burned for 14 hours — led to the evacuation of the entire town of Mosier, Oregon.

According to Industrial Safety & Hygiene News, federal regulators eventually said the crash was the result of lax inspections by Union Pacific Railroad, which agreed to more diligent and frequent track inspection.

This case is yet another example of the important role the railroad inspector plays in ensuring public safety and efficient transportation.

What Does a Railroad Inspector Do During a Rail Inspection?

Improperly maintained railroad tracks can lead to delays, malfunctions and potential accidents, often resulting in damage to rail cars and cargo as well as serious and even fatal injuries.

That’s why a railroad inspector needs to conduct regular checks on tracks to look for issues that could cause derailments.

Some of the things a railroad inspector will look for include:

If you need a railroad inspector in the midwest, turn to R&S Track. For more than 30 years, our inspectors have helped our clients keep an expert eye on track conditions, allowing them to avoid costly repairs in the future.

From consulting to construction to inspection and repair, we have a decades-long track record of getting the job done right. Contact us today to learn more.