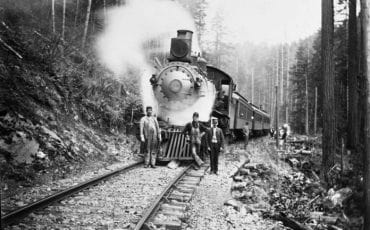 Life in the Great American Midwest is defined by the terrain and weather conditions that are unique to the area. Because of this, infrastructure such as roads needs to be built to withstand such conditions, and knowledge of what affects it is important. According to the average railroad maintenance company, there are several railroad weather conditions in the Midwest that may affect your railroad.

While they seem relatively simple, railroads rely on a variety of nuanced mechanics to remain functional over time. When these mechanics are hindered by environmental conditions, they can pose a threat to both the vehicles using the line and those people in and around those vehicles. Whether you’re building a new railroad, or taking over an old one, knowing which conditions can affect your line is imperative.

Here is a look at how local conditions can affect railroads in different parts of the Midwest.

Truly one of the more terrifying extreme weather events, tornadoes are an annual part of life for many Midwesterners. While they can occur at any time of year, they generally occur in June and July in the Midwest due to Goldilocks-like conditions. Depending on their severity, they can scatter ballast or in more extreme instances uproot the entire rail scattering ties and sleepers, and warping rails.

While there isn’t much one can do in terms of preventing tornado damage to the railroads, certain areas in which tornadoes are more common can be avoided. Usually though, when tornadoes pose a threat to railroads, the trains, cars, and any potential passengers will usually take precedence.

While most locals are deeply fond of the hard and fast Summer that rolls through the Midwest each year, not everyone benefits from it. In fact, the extreme heat over this time poses a range of threats to our health, with dehydration and heatstroke being common issues each year. It also poses a threat to our infrastructure, which while made to withstand some degree of extreme weather, is still affected by it over time. When it comes to railroads, the main threat that extreme heat poses is the rail buckling while a train passes over it, which can be disastrous.

As with tornadoes, it can be hard to fight the extreme heat and the effects it has on your railroads. Regular maintenance and acknowledgment of extreme weather conditions can help to prevent such problems. On speaking with a Midwest railroad contractor, they mentioned that seasonal modifications can further dampen the negative threat of extreme heat and other extreme weather conditions.

Railroad Maintenance Company that Prepares for Ice and Snow

Extreme cold can have a profound effect on our daily life, and while Winter is short in the Midwest, like Summer it is fierce. In fact, braving that fierce cold has become a part of the Midwestern identity. Ice and snow caused by the extreme cold can have quite an impact on both trains and railroads. Ice building up on the brake shoes can dampen the stopping power of a train, as they need to warm up and melt the ice before they will function. Likewise, snow on the tracks can impact both the stopping and going power relied upon by trains.

Ice and snow can also cause derailments, which are pretty much the worst-case scenario for most railroad operators. A build-up of ice and snow between the rails can lead to a derail due to the lack of a flangeway for the wheels to ride in on the inside edge of the rails. During cold snaps or more intense snowfalls, all railroad operations may need to slow down or stop to allow snow-clearing equipment to do its thing.

As with extreme heat, seasonal modifications can help to prevent such issues from arising, although regular maintenance and paying close attention to the weather can be enough in some instances.

It seems that the Midwest suffers from almost every possible extreme weather condition each year, which truly denotes Midwesterners as survivors. The final extreme weather condition which is common to the Midwest are the floods caused by Spring downpours each year. These have become increasingly worse in recent years, with the 2019 Spring being the wettest on record for the U.S.

While rain itself may not have a profound effect on the various components which make up a railroad, in large quantities water is capable of displacing even the strongest foundation. Areas near rivers and lakes are the most prone to being affected, and therefore require a lot more attention than those parts of the line in more arid areas.

Prepping and Maintaining your Railroad As A Midwest Railroad Contractor

If you have concerns about any of the above conditions affecting your railroad, don’t hesitate to contact us today. You can speak with a Midwest railroad contractor who can advise on all of the above matters, and help you figure out what you need to do to protect your line. Check out our website, or call us today to learn more about how we can help.