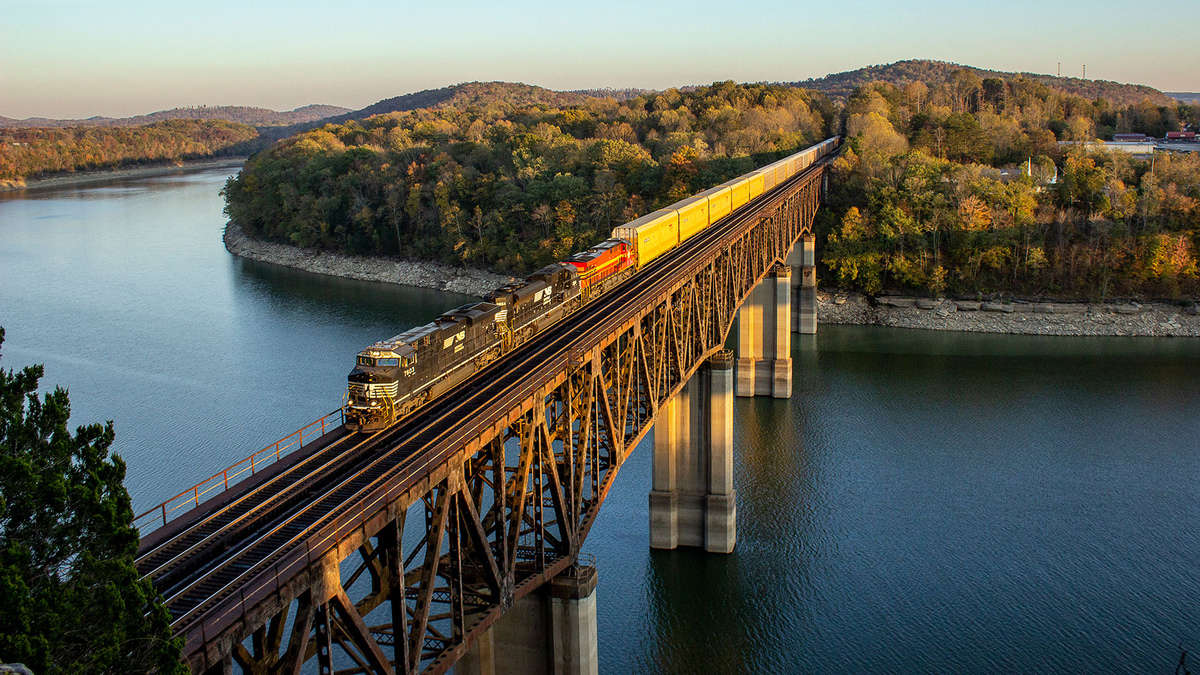 According to the Railway Track and Structures (RT&S) website, Norfolk Southern Rail Bridge has suspended service in Missouri between Moberly and Kansas City. The bridge and track weight capacity on this stretch is 286,000 pounds. The Class 1 railroad issued a service alert saying that it is “working with our interline partners to detour freight traffic over alternative gateways. Customers with traffic operating to and from the Kansas City area should expect a 48- to 72-hour delay.”

Debris and high floodwaters have been issues for the past several days near the Grand River Bridge in Brunswick, Missouri. National Weather Service (NWS) Flood Warnings, housed inside the FreightWaves SONAR Critical Events platform, remain posted along the Missouri River. A Twitter video shows the bridge dropping into the river on the evening of October 2. The NWS Missouri Basin River forecast center tweeted earlier today, October 3, that backwater from debris caused the Brunswick gauge to rise. R&S Track is monitoring the situation with the Norfolk Southern Rail Bridge.