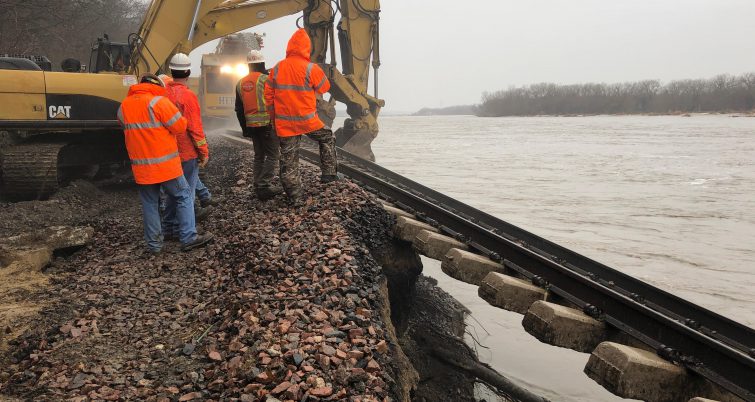 The rail-contracting community has put considerable numbers of workers and equipment into the field, as railroads look to rebuild washed-out sections of track from Midwest floods. “We’re operating 24/7,” said Greg Grissom, president of GREX. “GREX has 29 trains working the flooding in Nebraska and 40 employees on the jobs. That’s a total of 379 cars of ballast being unloaded at any given time.”

James Hansen, chief commercial officer of Herzog, reached by Railway Track and Structures as he boarded a helicopter to survey damage, said his company had also committed workers and equipment to the cause.