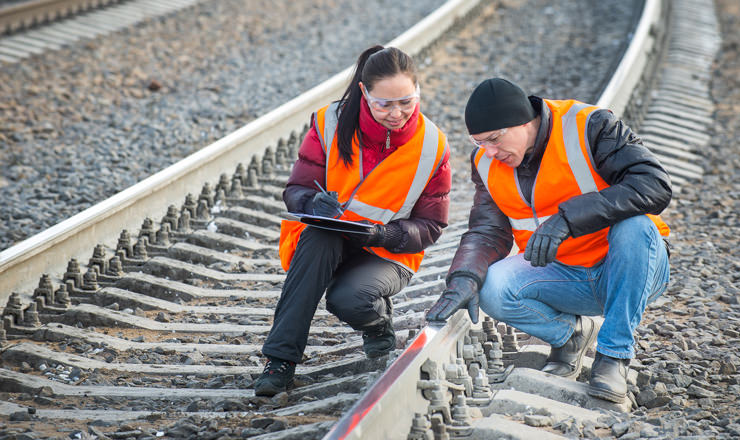 Freight via train has been revolutionary since its inception, and is still more advantageous to some than via ship or air. By retaining its relevance over time, we’ve also seen the freight cars change from their original form, which would’ve typically been a flatbed. Nowadays there are several different kinds of freight cars which can be used to move a variety of different things and materials.

Knowing which freight car will be relevant for your line is important well in advance, although there are usually options. If you aren’t a Midwest railroad contractor, or haven’t worked with different freight cars before, learning everything from scratch can be overwhelming. Instead it may be easier to consider the different kinds of freights, and identify which are relevant to your needs through comparison.

Here is a look at the different kinds of freight cars for different loads, as well as some of the history around them.

The first kind of freight cars to be used back in the early 19th century in England, flatcars were simply flat decks on wheels which allowed the stacking of various goods. These were instrumental in transporting large stones in early England, and have since been imperative for logging companies throughout the US.

Due to their shape, they allowed huge versatility in the transporting of goods, which has made them an asset to all rail freight companies. One might see vehicles, farm equipment, shipping containers, or even industrial parts on modern flatcars. Although their exposure to the elements meant that either the goods needed to be watersafe or timing would need to be concisely planned.

Usually the most beat up of all the cars, a Midwest railroad contractor friend claimed that these are the least respected cars in the industry. Relatively similar to the flatcar, gondolas have short walls around the sides which form a sort of bowl in which loose goods can be transported easily.

One will often see coal, stones, and smaller logs loaded into gondolas, although anything small can be carried in them with relative ease. A great advantage of gondolas is that they are generally so basic that usually only the air-hoses, bearings, knuckle couplers, truck assemblies, and other basic over-the-road equipment need to be maintained. Although their peculiar shape makes them only useful for specific kinds of goods.

Perhaps the most iconic car you will see carried behind a train is the boxcar, which most people will know from movies and TV shows. They’re often depicted as a large shipping container-sized car with big square openings that are either fixed open or can be opened and closed at will. We often saw them in movies as the car which people would hitch a ride on, running alongside the train to then jump up and sit in the opening.

These boxcars came about after the realization that loads may need some protection from the elements, and have been useful in carrying a variety of goods. While they are effective in transporting large goods in a sheltered manner, their shape and style does limit what can be carried in them.

While the industry recognizes that wellcars are a pretty big improvement on the flatcar, they are essentially flatcars which are slightly more equipped to hold containers. Also known as double stack cars, for their ability to stack two intermodal shipping containers on top of each other, these are ideal for those companies that handle a lot of shipping containers.

Shipping containers weren’t the only thing that wellcars have been used to move though, with truck trailers also being loadable. Transporting several truck trailers via a freight train may be much more affordable and environmentally friendly than simply driving each and every trailer back, so this also makes a good option for trucking companies.

Another recognizable car, the tank car consists of a large cylindrical barrel fixed upon a flatcar which can transport liquid or liquefiable goods. Prior to tank cars, freight companies would have to rely on barrels to transport liquid, largely limiting how much could be moved. These barrels would typically have seal issues, and leaks were common on the lines, causing issues for both oil companies and train lines.

Modern construction of tank cars allows a much wider range of goods to be transported in them, with even food-grade tanks becoming commonplace. For transporting large amounts of liquids across the country, very few forms of transport stand up to tank cars and what they allow.

These are just some of the more common types of cars, you may also see:

If you’re looking for more advice about which types of cars may be relevant for your work, don’t hesitate to call us to talk to one of our Midwest railroad contractor team.